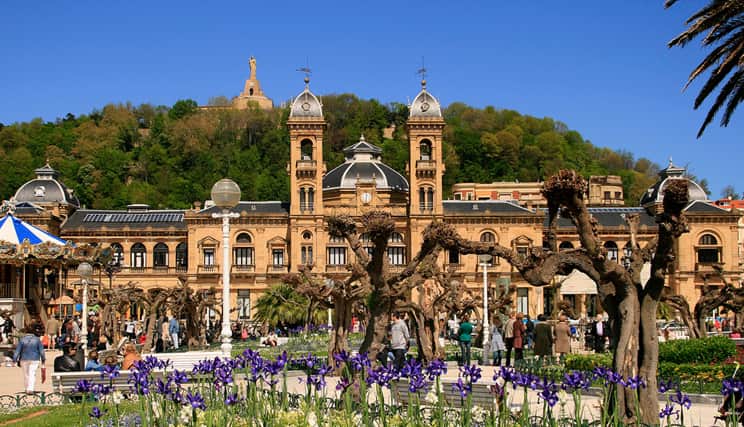 Discover the top San Sebastián attractions. Don't miss the best places to visit in the city. 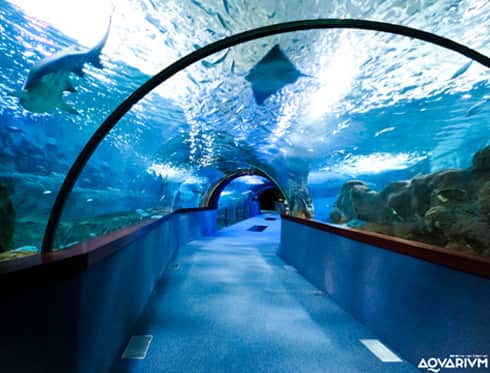 The Donostia-San Sebastián Aquarium-Sea Palace opened in 1928 on the initiative of the Oceanographic Society of Gipúzkoa. In fact, the Aquarium was the first museum devoted to natural sciences founded in Spain. Construction of the current aquarium centre was started in 1925 at the end of San Sebastián fishing port just after the new promenade (Paseo Nuevo) had been opened. Three years later, an emblematic building designed by Juan Carlos Guerra opened its doors, which is traditionally the most visited attraction in the city.

How to get to: Aquarium 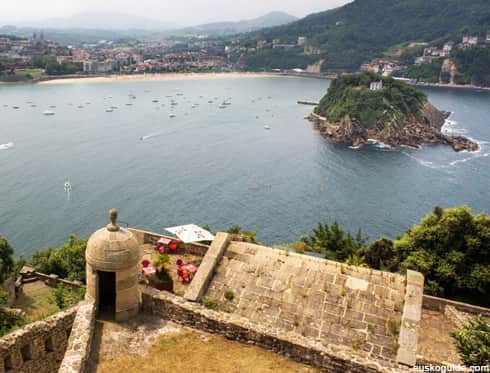 How to get to: Castillo de la Mota 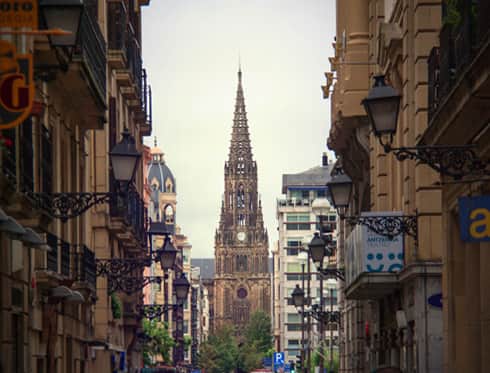 The Buen Pastor Cathedral is the biggest religious building in San Sebastián occupying a prominent complex in the centre of the city together with the Koldo Mitxelena Cultural Centre and the post office. The Buen Pastor Cathedral 75-metre high tower rises in the shape of a needle that can be seen from almost every part of San Sebastián. The Neo-Gothic cathedral was built by architect Manuel Echave and opened in 1897. It was built in sandstone ashlars from Monte Igeldo quarry like many of the city buildings. Source: http://tourism.euskadi.eus

How to get to: Catedral del Buen Pastor 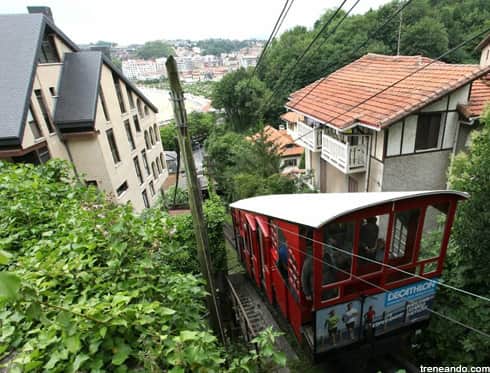 This famous cable car, the oldest in the Basque Country and third oldest in Spain, after the cable cars in Tibidabo and Vallvidrera (Barcelona), will take you to the summit of Monte Igeldo, where you’ll find a theme park and from where you’ll be able to enjoy the best views of the bay and of the city of San Sebastián.

How to get to: Funicular del Monte Igeldo 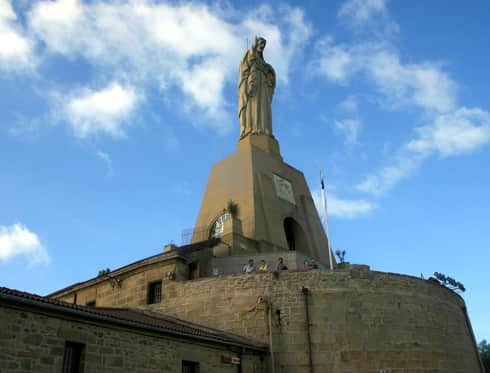 Mount Urgull stretches out into San Sebastian’s bay and is surrounded by water, except for one section that connects to the Old Town. An important battle took place on August 31st 1813 when British soldiers helped the Spanish fight against Napoleon. Many British soldiers were killed in the battle and then buried on the north hillside of the Mount Urgull in what is known as the English Cemetery. Today, military ruins such as cannons, as well as parts of the original wall that surrounded the medieval city can still be found on the hill. Source: http://www.euskoguide.com

How to get to: Monte Urgull 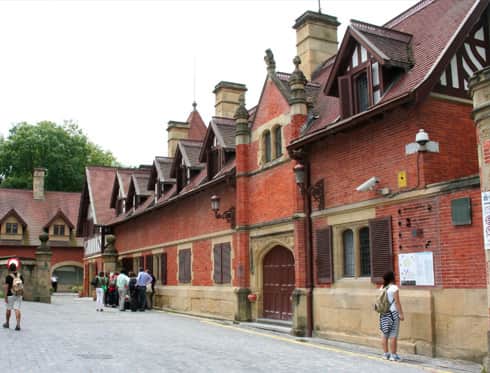 The Palacio Real de Miramar was created to house the Royal Family when they decided to start spending their summers in San Sebastián from 1887 onwards. The building enjoys impressive direct views of the bay and Santa Clara Island. The Palacio Real de Miramar was built in ‘Queen Anne English cottage’ style under the direction of the British architect Seldon Wornum. It is built in brick and sandstone with timberwork. Its gardens are the work of master gardener Pierre Ducasse, author, too, of the Palacio de Aiete and Plaza de Gipúzkoa gardens. Source: http://iwobi.ulpgc.es

How to get to: Palacio Real de Miramar 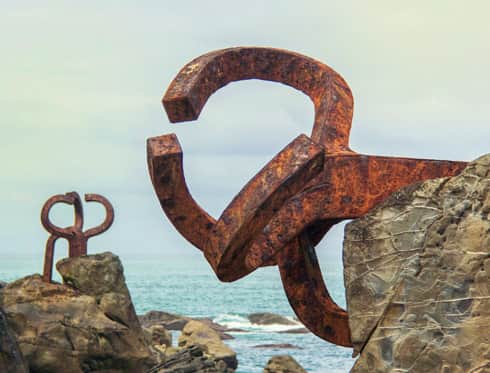 Located at the end of the Playa de Ondarreta, in the western area of San Sebastián and at the foot of Monte Igeldo, the Peine del Viento is one of the most celebrated sculptures by Basque artist Eduardo Chillida. The monument was installed in this place in 1977 with the collaboration of architect Luis Peña Ganchegui. The artwork is a series of terraces built of pink colour granite and three anchor-like iron shapes welded into rocks. A magical spot where to enjoy views of sea and especially on storm days, when waves pound against the cliff rocks. Source: http://tourism.euskadi.eus

How to get to: Peine del Viento 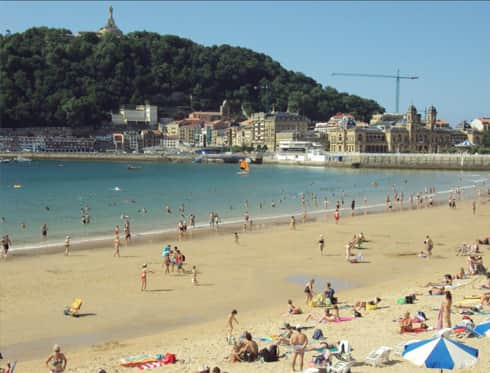 The most classic, most photographed, most visited... We’re talking about the iconic Playa de La Concha. Its landscape and its fine white sand make the Concha unique, the second top city beach in the world according to the Travel and Leisure magazine. La Concha stretches out for a kilometre and a half, with the accent on elegance and delightful San Sebastián’s views. The Playa de La Concha’s urban character is underlined by the fact that only an emblematic balustrade separates it from the city. Source: http://www.gipuzkoaturismo.net

How to get to: Playa de La Concha 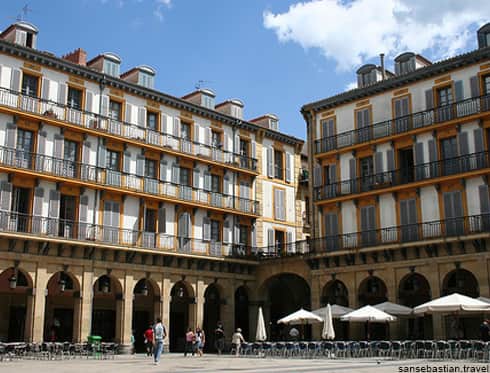 The Plaza de la Constitución lies deep in the heart of the Old Town. The building that dominates the square was San Sebastián’s City Hall until the 1940s.The balconies on the colourful buildings that line the square display numbers dating back to the time when it was used as a bullring. Today, however, the Plaza de la Constitución is a square packed with life where some of the most important local festivities take place: raising and lowering of the flag on January 20th, San Sebastián Day, the Santo Tomás fair (December 21st), etc. Source: http://www.sansebastianturismo.com

How to get to: Plaza de la Constitución 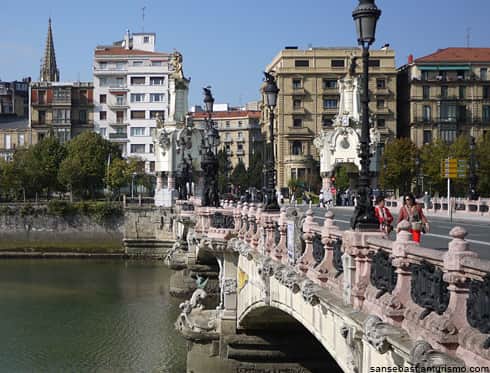 The Puente Maria Cristina is the most elegant structure crossing over the River Urumea. The eclectic construction connects the centre of San Sebastián with the Estación del Norte Station. Engineer José Eugenio Ribera and architect Julio María Zapata were responsible for building it in 1904 in a record time of nine months. The Puente María Cristina consists of three openings and the pattern followed for its construction was the Alejandro III Bride in Paris, with its four obelisks at its ends surmounted by sculptures. Source: http://tourism.euskadi.eus

How to get to: Puente de María Cristina