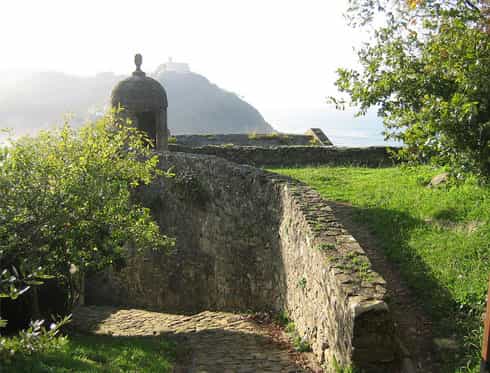 Just a step from San Sebastián's Old Quarter, the Monte Urgull preserves in its summit the Castillo de la Mota, a trace of the city's military character. Built by the King Sancho the Wise of Navarre, the Castillo de la Mota crowns Monte Urgull, which is dotted by several fortresses: the Mirador Bastion, the Fortresses of the Damas or of the Gobernador. Both the Castillo de la Mota and the fortresses played a defensive role between the 12th and 19th centuries, when San Sebastián was a walled town and La Mota was the perfect place to watch the possible arrival of the enemy. Source: http://www.gipuzkoaturismo.net/WAS/CORP/DITPortalTurismoPublicoWEB/GenerarPDF.do?idioma=en&codigoFN=D.4.1.8