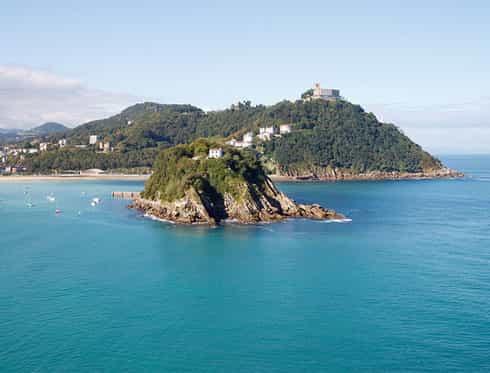 Mount Urgull stretches out into San Sebastian’s bay and is surrounded by water, except for one section that connects to the Old Town. An important battle took place on August 31st 1813 when British soldiers helped the Spanish fight against Napoleon. Many British soldiers were killed in the battle and then buried on the north hillside of the Mount Urgull in what is known as the English Cemetery. Today, military ruins such as cannons, as well as parts of the original wall that surrounded the medieval city can still be found on the hill. Source: http://www.euskoguide.com/places-basque-country/spain/san-sebastian-tourism/