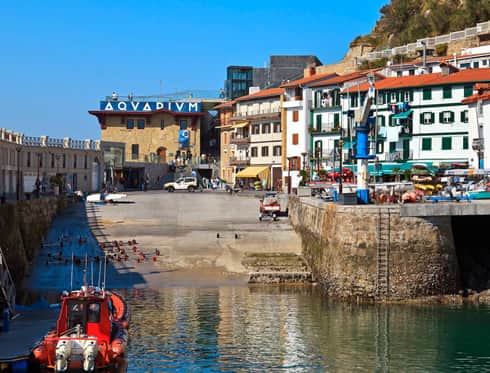 The Donostia-San Sebastián Aquarium-Sea Palace opened in 1928 on the initiative of the Oceanographic Society of Gipúzkoa. In fact, the Aquarium was the first museum devoted to natural sciences founded in Spain. Construction of the current aquarium centre was started in 1925 at the end of San Sebastián fishing port just after the new promenade (Paseo Nuevo) had been opened. Three years later, an emblematic building designed by Juan Carlos Guerra opened its doors, which is traditionally the most visited attraction in the city.